Lena Moon is both director and performer in this hardcore Evil Angel video – where she just wants a reward for capturing all those t-girls that Hell4Slootz wanted.

He responds with his dick and a cucumber in a duo that’s got her on her knees pretty quickly, sucking him off. It doesn’t stop there and the two quickly go into a hardcore fucking that has me excited from the moment he pulled out his hung dong. Plenty of spit and wetness later, Lena Moon is getting it on her back before Hell4Slootz pulls out a cucumber to stuff in her ass and her mouth.

Hardcore is kitty play in this Evil Angel video. Check out even more awesome content from them! 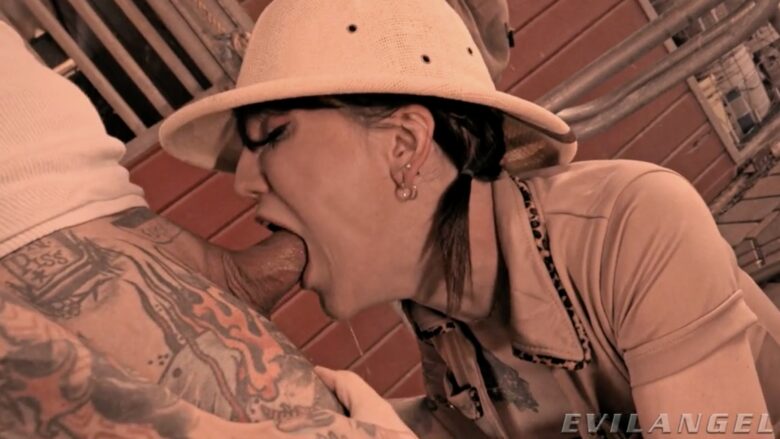 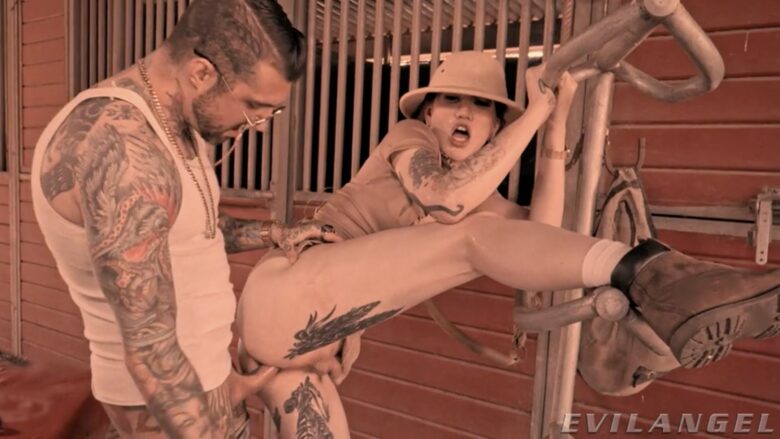